Posted in MusicWorld on February 28, 2001 by Mike Magnuson 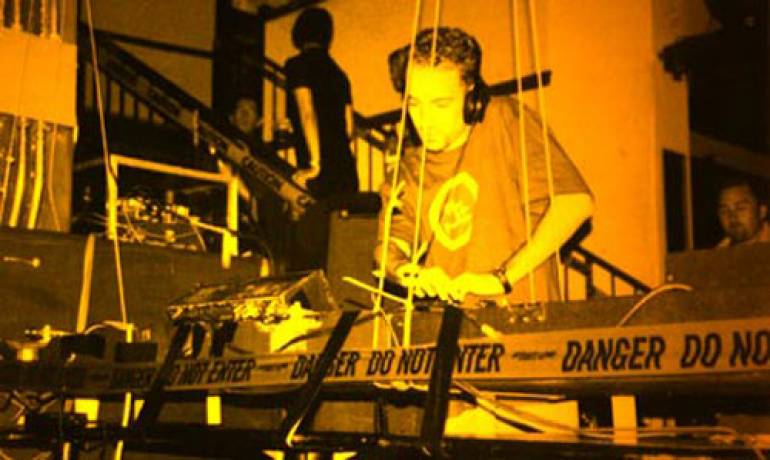 Peanut Butter Wolf is both a respected underground hip-hop DJ and the founder and owner of Stones Throw Records, but while he admits to the need to "wear different hats," those hats are really one and the same.

Not surprisingly, the label's primary focus has been underground hip-hop. However, just as hip-hop culls its sounds from a variety of sources, the label has followed a natural course into territory that includes more than just MCs rapping over beats. One of Stones Throw's newest projects comes from the nine-piece Breakestra, who Manak describes as, "'60s funk revivalist, James Brown-style music."

"Hip-hop obviously borrows heavily from that sound as well," he adds.

As for Peanut Butter Wolf the artist, his is an art of collage. "With hip-hop, the beauty is you've got the world at your fingertips," he says. "You've got records from all time periods and all genres of music, and it makes it really interesting when you combine them all."

He contends that the juxtaposition of old sounds into new and distinct songs requires true songwriting skill. "You've got to be somewhat of a musician," he says. "I'll make my own bass lines up, and you really have to have the ear to know what goes with what."

And the chief prerequisite for honing that skill?

"The one thing I've noticed with hip-hop producers is the best ones always have the biggest record collections, really know their music a lot, and are big fans of music," he says. "All music."