Posted in MusicWorld on June 30, 2000 by Martin Huxley 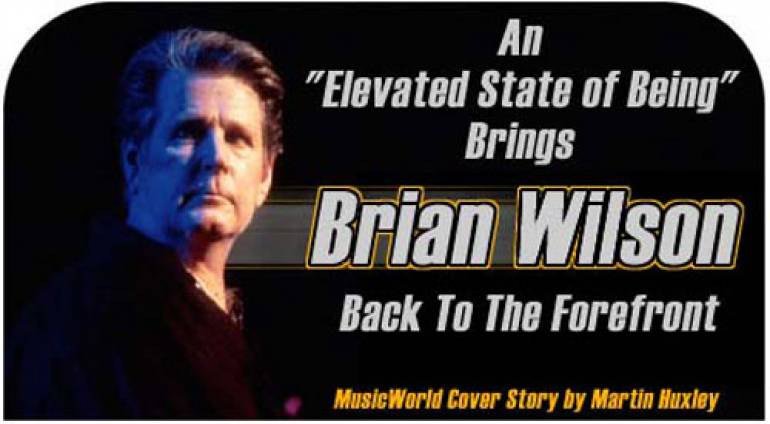 Though he's universally acknowledged as one of the most innovative and influential artists in the annals of popular music, Brian Wilson's recent resurgence nonetheless marks one of the most unexpected comebacks in recent memory.

In the 1960s, as leader of the Beach Boys and architect of the group's harmony-laden sound, Wilson permanently altered the face of popular music, investing his band's catchy tunes with an adventurous compositional complexity and an affecting sense of melancholy that mirrored the artist's fragile emotional state. But Wilson's artistic progress was eventually derailed by his well-publicized battles with drugs and mental illness, which sidelined him for large chunks of the '70s, '80s and '90s. Over the last few years, however, Wilson has rebounded impressively, marrying the former Melinda Ledbetter, adopting two baby girls and resuming his recording career with such projects as Orange Crate Art, the album he recorded in 1995 with longtime collaborator Van Dyke Parks, and the 1998 solo effort Imagination.

Still, longtime Wilson observers were thrown for a loop when in 1999, when the reclusive auteur - who'd quit the Beach Boys' touring lineup in 1964 and rarely performed live in the ensuing decades - embarked on his first-ever solo tour. Those shows found him performing an eclectic selection of familiar hits and left-field cult favorites with large band (including former Beach Boys associate Jeffrey Foskett and the members of noted L.A. power pop combo the Wondermints) that did an admirable job of recreating some of Wilson's most ambitious arrangements. The tour was such a success that Wilson is spending the summer of 2000 on the road with a new stage show that includes an acoustic set and a track-for-track orchestral performance of The Beach Boys' seminal 1966 album Pet Sounds.

vintage cult favorites like "'Til I Die" and "This Whole World" and more recent numbers like "Love and Mercy" and "Lay Down Burden." The album includes two new Wilson compositions, plus an abbreviated rendition of Barenaked Ladies' backhanded tribute "Brian Wilson" and a joyous reading of The Ronettes' "Be My Baby."

His recent interviews have found Wilson, who was recently inducted into the Songwriters Hall of Fame, in an upbeat mood, happy to be making music again and eager to tackle new projects. "My state of being has been elevated," Wilson recently said. "I've been exercising, writing songs. I'm in a better frame of mind these days. It feels great - it's like I see some light. Things make sense to me again."