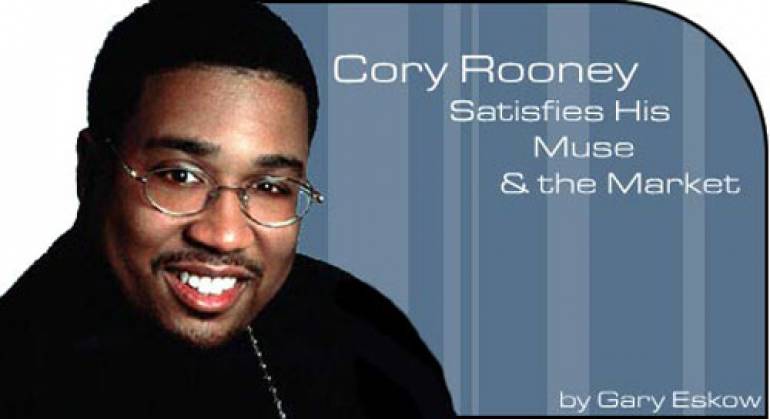 As if winning the coveted BMI Pop Songwriter Of The Year Award and working with some of the top talents in the music business, including Marc Anthony, Jennifer Lopez and Mary J. Blige wasn't enough, Cory Rooney had just experienced the joy of becoming a father when he sat for an interview with us. "Winning this award is unbelievable. Every day it hits me a little more, especially when people I respect so much reach out and tell me how happy they are for me. But I'd have to say that having a baby has a slight advantage over everything else! Music can get a little frustrating, like a job. But I'm thankful for everything that's happening in my life right now."

Although he has no formal musical training, Cory saw many r&b and pop giants pass through his Jamaica, Queens home growing up. His parents, Herb Rooney and Brenda Reid, were members of the '60s group The Exciters. His dad would later branch out into production, and was responsible for both the infectious piano part and production on the Isley Brothers smash hit, "It's Your Thing."

"I grew up around music, and picked things up by ear. I remember Ellie Greenwich writing songs for my parents."

Cory began writing while in his teens, and became a performer. His first group, Prince Markei Dee and the Soul Convention, signed with Sony Music. "I was part of the Soul Convvention! I then signed a deal with Sony as a solo artist, but decided quickly that I didn't want to be an artist. Why? I enjoy being behind the scenes, producing and writing."

Through his Sony work Cory hooked up with Tommy Mottola. This contact led to Rooney's writing for Marc Anthony. The results included the smash hits "I Need To Know" and "You Sang To Me." The success of these tracks, and "Bring It All To Me," recorded by Blaque with *NSYNC, were responsible for Rooney's award-winning year.

Sony recently carved out a significant project studio space for Cory in their West 54th St. complex. "I've got all my equipment here, including Pro Tools, an MPC 3000 and tons of outboard gear. It's great to be writing at Sony."

Asked whether he writes to satisfy his muse or the market, Rooney says, "It's a little bit of both. I work directly with Tommy Mottola. He'll give a call saying that Jennifer Lopez or Marc Anthony, for example, needs a song. I'll keep the artist's sound and style in mind and just start writing. These days I'm collaborating with different people, especially Dan Shea. We bounce ideas back and forth."

Topping his award-winning year may be difficult, but Cory Rooney plans on continuing what he does best: letting the ideas flow through him to the top tier of pop music stars.