Posted in MusicWorld on March 26, 2002 by Charlene Blevins 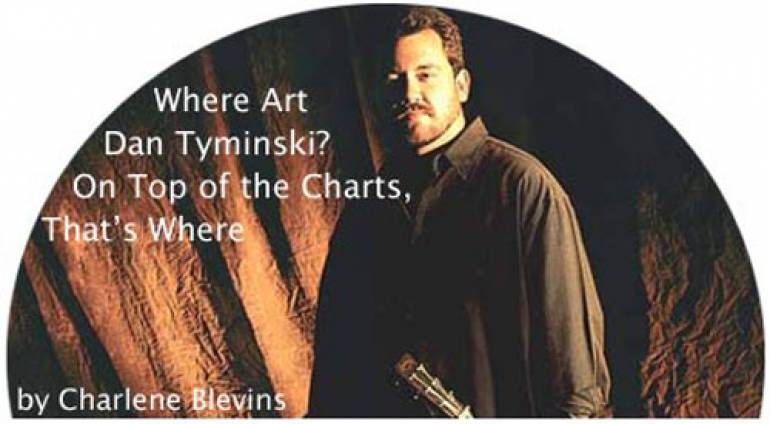 Dan Tyminski is used to the limelight. Formerly singer and mandolin player with the heralded bluegrass ensemble Lonesome River Band, Tyminski joined up with Alison Krauss and Union Station in 1994 as guitarist and singer, just as the band was hitting its commercial zenith. Long respected by fans, critics and peers for his dazzling, renaissance man-like talent, the multi-instrumentalist, singer, producer, writer, father and husband by last year had won four Grammy Awards and nearly a dozen IBMA trophies in as many years.

But lately, Tyminski has been shot into the publicity stratosphere for a "role" in the Coen Brothers hit film, O Brother, Where Art Thou? At a critical point in the movie, George Clooney's character sings the standard "I Am A Man Of Constant Sorrow"- except that it's really Tyminski's voice you hear. The movie, song and soundtrack have yielded this Vermont native some amazing results: CMA Awards for Single and Album, and three Grammy Awards including Best Collaboration with Vocals, Best Album, and Best Compilation Soundtrack. Down From the Mountain, the live album from O Brother's Ryman concert also won the Grammy for best Contemporary Folk Album, and if that weren't enough, for his work with Alison Krauss, Tyminski also took home statues for Best Bluegrass Album and Best Country Performance. Yes, that's six Grammys in 2002, making Dan Tyminski one of the year's most celebrated musicians.

In 2001 Tyminski also released his long-awaited first solo record, Carry Me Across the Mountain (Doobie Shea Records), and it was named the Contemporary Bluegrass album of the year from the indie record trade group AFIM. With so many awards for his singular talent, will Dan Tyminski try flying solo? No way. "My main focus is, of course, Alison Krauss and Union Station," he promises. "My solo career is merely something I do to use my time constructively when I don't work with the band."

Besides awards and media attention, the O Brother phenom has yielded sales-four million copies to date. The soundtrack spent 24 weeks at number one on Billboard's country album chart, and held at number two for the year. It's a marvel in the music business that has fans and purveyors of traditional music jumping for joy.

The affable, humor-loving Tyminski is pretty happy himself. "It's just got me saying, 'O Brother!'" he deadpans. Though thrilled to have been a part of a fun project that had such meaningful effect on the music he loves, Tyminski is as surprised with the results as anyone. "It's kind of shocking to see how much attention that style of music can really get if you can find a way to make people take notice. . . ."

That it takes George Clooney's face doesn't bother Dan Tyminski one bit. The two developed camaraderie on the set, despite Clooney's good-naturedly and publicly casting aspersions on Tyminski for taking the singing gig away from him. "I don't think he was too mad," says Tyminski. "He was so humble and so nice about the whole thing. For the record, he can sing, he can carry a tune. I just don't think he was comfortable with what had to be done with this particular piece. When he walked out of the studio after trying to sing it a couple of times, Clooney just looked at me and said, 'I'll tell you what-I'll act; you sing'."