Posted in MusicWorld on December 11, 2001 by Jon Matsumoto 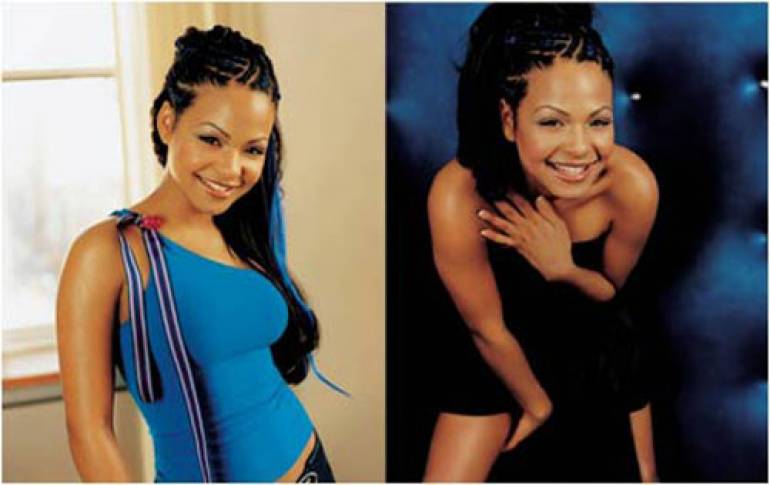 When Christina Milian was just 4 years old, her mother caught her trying to unscrew the family television set. It seems the tiny tot wasn't just content on watching television, she wanted to be in the television.

So it's no surprise that at the age of 19, Milian is making a serious bid for stardom with her eponymous debut album. Scheduled for release this January on Def Soul Records, this slick disc represents a fetching collection of Janet Jackson-type R&B-pop.

Milian's career was launched about a decade ago when she began appearing in commercials and the musical Annie Warbucks. A number of television and film roles followed, including appearances on The Steve Harvey Show, Sister, Sister and the film smash American Pie. Proving that she also had some journalistic talent, she worked as a Disney Channel correspondent.

But the Maryland native of Cuban descent began to get seriously noticed when she entered the music arena. She sang the chorus to Ja Rule's number one single "Between Me and You." It also didn't hurt that sheappeared in the song's video. People took immediate notice and a flurry of fan websites subsequently emerged.

Milian's debut solo single, "AM To PM," has already sailed to the top of Billboard's Hot 100 Singles Chart, and she's also toured with *NSYNC. Managed by Johnny Wright, the man behind teen titans 'N Sync and Britney Spears, the wholesome vocalist is vying for the same type of success.

Like Britney and the other Christina (Aguilera), Milian can sing and dance. But what helps to set her apart from most of her peers is her ability to write songs, particularly lyrics. She co-wrote many of the songs on her debut album and co-wrote the Jennifer Lopez hit "Play."

"I don't think there will ever be a point where I'll be able to say that I've truly made it," Milian told a reporter recently. "I'm always striving for more. Whether somebody's asking for my autograph or I'm performing with someone huge, I'll still think there's more work to do."