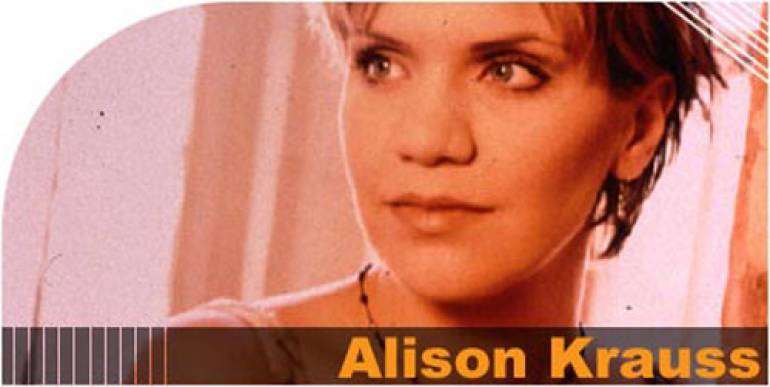 Since recording her first Rounder Records album at the age of 15, singer, fiddler, and bandleader Alison Krauss has forged her own path to mass popularity and critical acclaim. She has achieved remarkable success in country, bluegrass, and popular music on her own terms, without ever compromising her unique musical vision.

She signed as a songwriter with BMI before the age of 20, and has proven herself to be a talented singer and fiddler. Currently the youngest member in the Grand Ole Opry, she has been performing since she was eight. With her band Union Station (which includes BMI songwriter Jerry Douglas), Alison has won 10 Grammys, four Country Music Association awards, and four International Bluegrass Music Association Awards. Songs in her repertoire, including "When You Say Nothing at All," "I've Got the Old Feeling" and "Foolish Heart," have helped solidify her as one of Bluegrass's greatest talents.

On Forget About It, her eighth recording, Alison Krauss ignores the artificial boundaries of the music industry to present exquisite music that is beyond category. Once again, Krauss has assembled a wonderful assortment of songs from a wide range of sources. Whether performing a 1970s Todd Rundgren ballad ("It Wouldn't Have Made Any Difference"), a '90s country hit by Shenandoah ("Ghost in This House") or a new song by Michael McDonald or Ron Block, Krauss and the musicians serve the song, not current industry trends, creating music with a timeless, universal charm. The album's first single, R.L. Castleman's "Forget About It," epitomizes the appeal of this record with its immediately accessible, acoustic-based sound and Alison's crystalline vocals. The album closes with "Dreaming My Dreams With You," a beautiful country waltz featuring harmony vocals by Lyle Lovett and Dolly Parton, and a lovely dobro solo by Jerry Douglas.