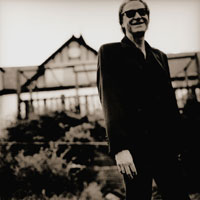 BMI has announced that rock legend Ray Davies (PRS) of the Kinks will be honored as a BMI Icon at the company's annual London Awards, set for Tuesday, Oct. 3 in the Grand Ballroom of London's Dorchester Hotel. The gala ceremony and dinner will also recognize the European songwriters and publishers of the past year's top BMI songs played on American radio and television.

The Icon designation is given to BMI songwriters and artists who have had "a unique and indelible influence on generations of music makers," with artists as diverse as Morrissey, Blur, Oasis and even Pete Townshend crediting their sound to Davies. He joins an elite group of BMI Icons that includes previous London Award honorees Steve Winwood and Van Morrison.

Affectionately referred to as the "Godfather of Brit pop," Davies is co-founder, lead singer and rhythm guitarist of the Kinks, one of the most long-lived and influential rock groups of the 1960s British Invasion. As the band's chief songwriter, he is the pen behind such Kinks classics as "You Really Got Me," "All Day and All of the Night," "A Well Respected Man," "Waterloo Sunset," "Tired of Waiting," "Sunny Afternoon," "Lola" and "Come Dancing."

His 40-plus year career features the Kinks' 1990 induction into the Rock and Roll Hall of Fame, as well as a host of successful independent projects, including the release of his semi-fictional biography "X-Ray," his long-running one-man show entitled "Storyteller," and the recent release of his first official solo album, the critically acclaimed Other People's Lives.

Hosted by BMI President & CEO Del Bryant and Senior Vice President Phil Graham, the BMI London Awards will also present the Robert J. Musel Award to the writer and publisher of the most performed Song of the Year. Additionally, BMI "Million-Air" certificates will be awarded to those songs that have achieved over three million U.S. radio and television performances - the equivalent of more than 17 years of continuous airplay.