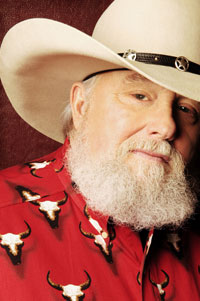 BMI today announced that country music legend Charlie Daniels will be honored as a BMI Icon at the performing rights organization's 53rd annual Country Awards. The gala ceremony and dinner, which salutes the most performed country songs of the past year, will be held October 18 at BMI's Music Row offices.

Skilled on guitar, fiddle and mandolin, the Wilmington, North Carolina-native moved to Nashville in 1969 to find work as a session guitarist. He contributed to recordings for artists as diverse as Bob Dylan, Al Kooper, Flatt and Scruggs, Ringo Starr, Johnny Cash and Marty Robbins. Some of his many hits as a recording artist include "Uneasy Rider," "Long Haired Country Boy" and "The South's Gonna Do It Again," which won a BMI Country Award in 1976.

His signature song, "The Devil Went Down to Georgia," which has more than three million broadcast performances, earned Daniels a BMI Pop Award in 1979 and a BMI Country Award in 1980. The platinum-selling single also topped both the country and pop charts, won a Best Country Vocal Performance Grammy, earned three Country Music Association Awards, propelled his Million Mile Reflections album to triple platinum status, and became the cornerstone of the soundtrack to the hit movie Urban Cowboy.